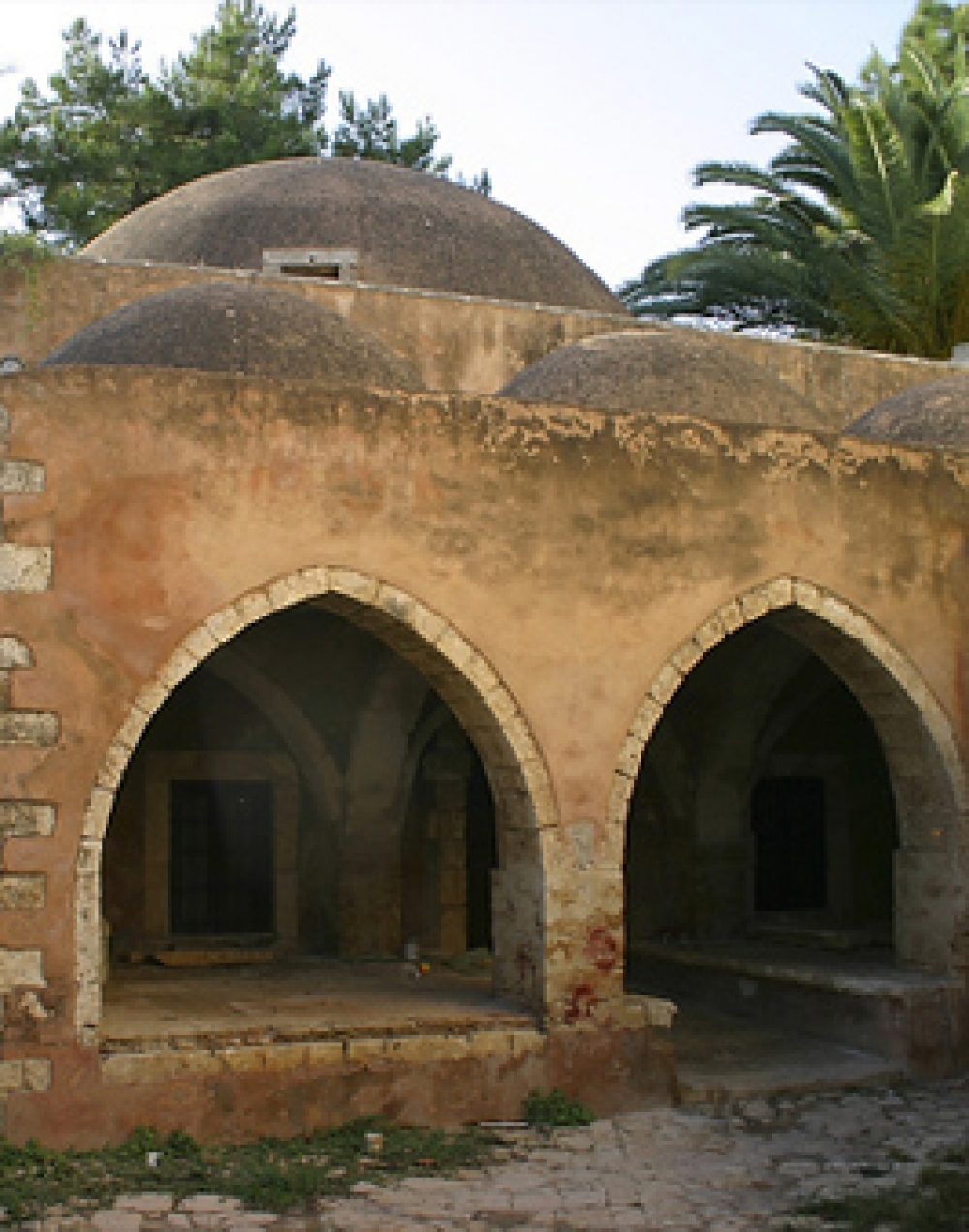 Τhe Mosque took its name from the Turkish commander of the marine operations to conquer Rethymno, in 1646. During the Venetian Period, the Mosque became a monastery dedicated to St. Barbara. West from the central building, there is the deserted minaret of the mosque. The fountain of the Mosque is attached to the roofed entrance of the Mosque's garden, where believers washed before entering the Mosque and provided the area with fresh spring water.
At the courtyard a "tourbe" is preserved (a type of a vaulted tomb) where the founder of the Mosque was probably buried. Furthermore, numerous Ottoman votive tombstones are preserved in the area of the courtyard. The restoration works in the area continue until today, and the founding of an information center on Rethymno's Ottoman monuments has been proposed.