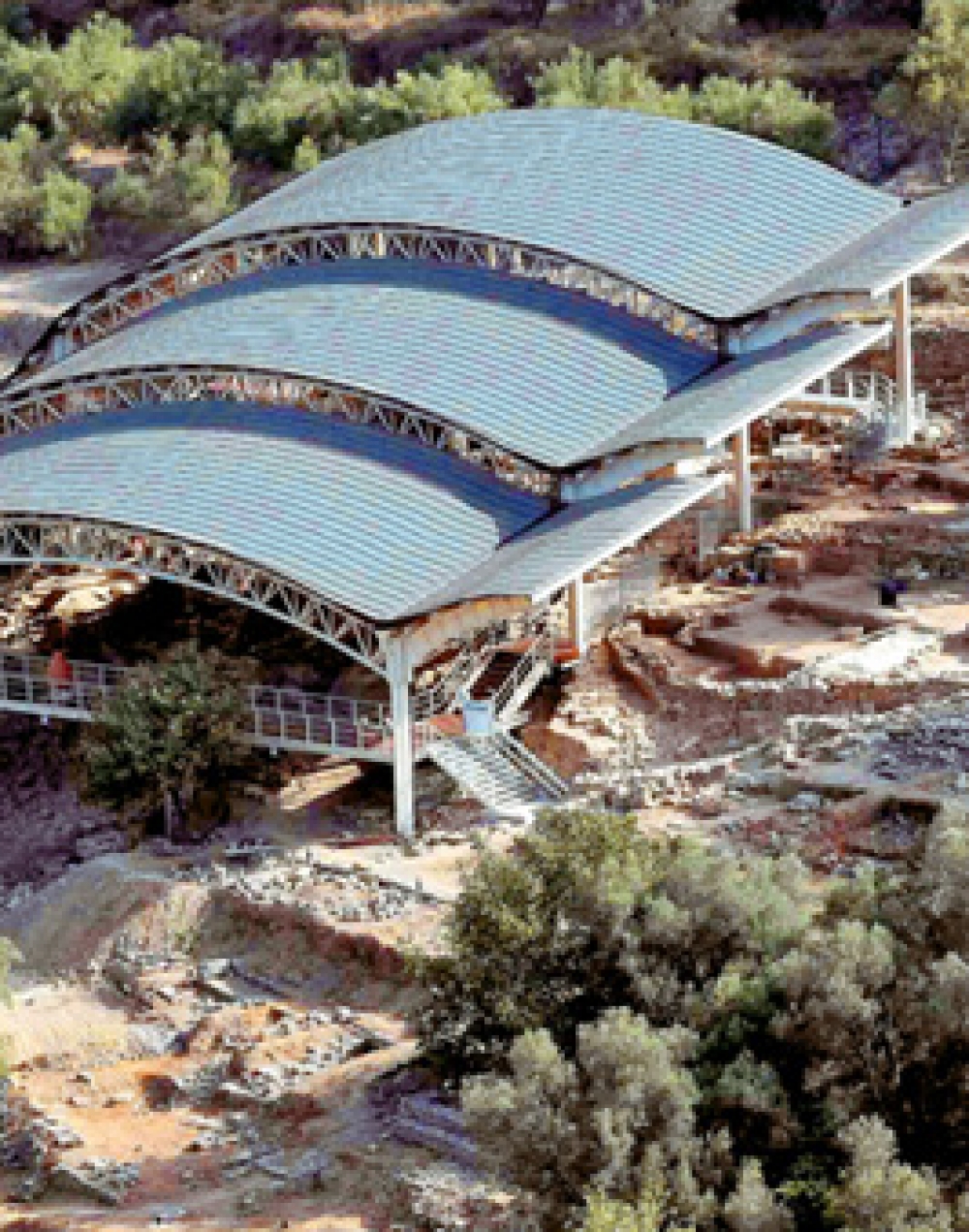 Ancient Eleutherna, the birthplace of the poet Linos, of the philosopher Diogenes, of the tragic poet Ametor, and of the sculptor Timochares, is located on the northwest foot of Mount Ida, approximately thirty kilometres south of Rethymnon, at 380 metres above sea level. The city was allegedly named after Eleuthereas, one of the Kouretes, or after Demeter Eleuthous. The city's excavated remains belong to various periods. A thriving Hellenistic settlement has been identified on the Nisi hill, which was one of the city's nuclei, together with the Pyrgi hill.
Eleutherna fought against Rhodes and its ally Knossos in the third century BC, but sided with Knossos against other Cretan cities in 220 BC. It was besieged and conquered, however, and forced out of its alliance. Thanks to its naturally fortified location, the city successfully resisted Quintus Caecilius Metellus's attack in 68 BC, until betrayal led to its conquest.
Humphrey Payne of the British School at Athens excavated at Eleutherna in 1929. Systematic excavations by the University of Crete began in 1985, revealing important archaeological remains dating from the Geometric until the Early Byzantine period and evidence for continuous occupation from the Early Minoan period until recent times.

Source: Website of the Hellenic Ministry of Culture and Tourism